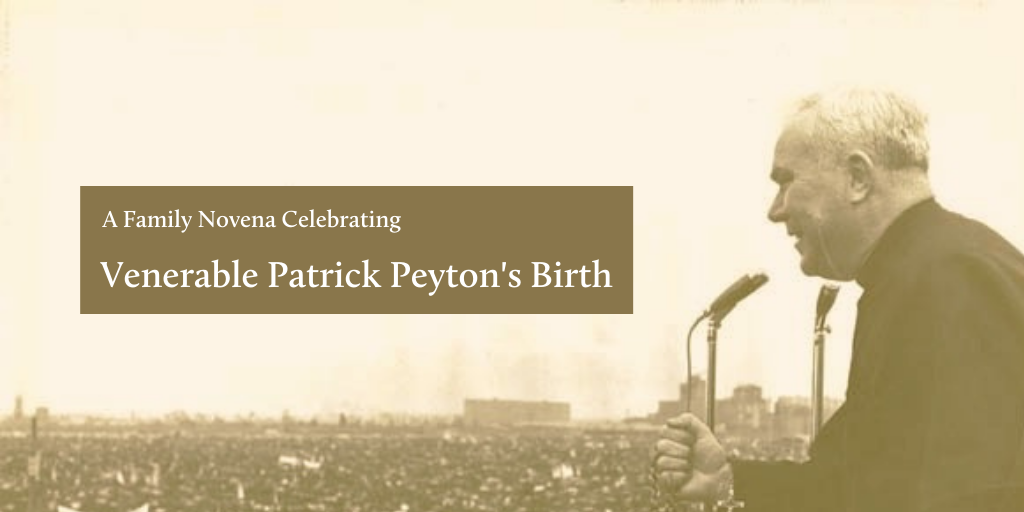 Friends, there is a splendid, magnificent, grace-filled, experiment you might want to know about and possibly take up in the New Year. It is called a NOVENA, a nine-day exercise in prayer that just might change the trajectory of your spiritual life for the better in 2022.

A few years ago, a couple and their children decided to try the nine days of prayer. At the end of the nine days, the parents announced that the exercise was over and it was time to revert to normal.

The children expressed sadness that this prayer time as a family was over. Shortly after, the mother and father had an argument which left both of them in stubborn silence and anger at each other. They were sitting in silent anger in the room next to the children’s bedroom, when they heard their children, on their own, praying the Rosary for them and the family. The example of the children melted their hearts and reminded them of what was truly important. They joined the children in prayer and have continued to pray together since then.

This exciting opportunity to pray a novena with your family and for them begins on January 1, the Solemnity of Mary, the Mother of God, continues for 9 days and reaches its climax on January 9, the anniversary of birth of Venerable Patrick Peyton. This novena will be available here at Blog.FamilyRosary.org each day so that you can pray with thousands of others worldwide.

Remember just two phrases made popular by Father Peyton: “The Family That Prays Together Stays Together,” and “A World at Prayer is a World at Peace.”

As President of Holy Cross Family Ministries, I collaborate with a team of more than two hundred active prayer leaders, sisters, brothers, priests and lay men and women. We continue Father Peyton’s inspiring mission to help families pray around the world. Won’t you join us in this novena and let the Mother of God bring you and your family close to her Son, Our Lord Jesus Christ!

Thank you and abundant blessings to you and your family for the New Year!