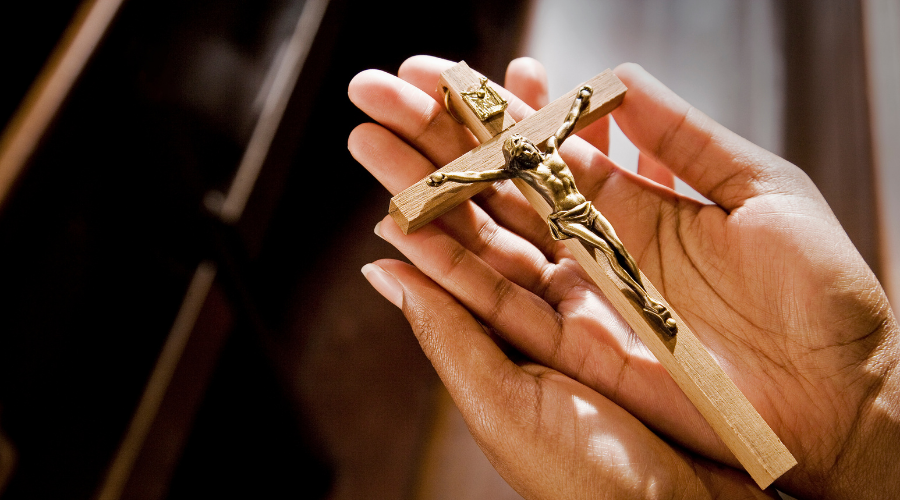 The Exaltation Of The Holy Cross - Family Reflection Video

Hail the Cross, our Only Hope! Once upon a time, dying on the Cross meant suffering just about the worst possible fate. It meant an unimaginable torture, brutality, and shame. Romans reserved the Cross for the worst criminals and enemies of the Empire.

For the first three centuries, Christians seldom portrayed the Cross in their paintings and sculptures. There were too many crosses dotting the landscape decorated with decaying bodies bearing a graphic message to anyone even thinking of defying Rome’s authority.

It Is no wonder that Saint Paul’s preaching on the death of the Lord, of Christ crucified, was so unexpected and so stunning. In Philippians Paul says: "He emptied Himself of Godhead, came down among us and took the form of a slave…He humbled Himself, becoming obedient to death, even death on a Cross."

After Constantine becomes emperor through the Sign of the Cross in 312 at the Battle of Milvian Bridge, he declares, with the Edict of Milan in 313, Christianity will be treated with benevolence in the Roman Empire. This did not make Christianity the state religion.

He and his mother Saint Helena travel to the Holy Land and build churches at Nazareth, Bethlehem and in Jerusalem over the Tomb of Jesus and Mount Calvary.

Legend has it that three crosses were found in building of the church of the Holy Sepulcher, but which one was the Cross of Jesus? The first two crosses to touch a dying woman had no effect on her, but the third instantly cured her illness when it touched her.

The emperor Constantine eliminated Crucifixion as a form of capital punishment. From that time on the cross commonly appears in Christian iconography and other religious art.

Today we venerate the cross not with sorrow but with joy. Not as a symbol of death but of life, not as a sign of failure but of triumph, not as a cause of terror but of hope, not as an instrument of hatred and shame but of life-giving sacrifice and eternal love.

The Cross is the defining symbol of the Congregation of Holy Cross. It is "Spes Unica," our only hope.

It is the Cross that allows us to identify ourselves as men with hope to bring. It is sure the Cross, the crucifix that adorns every Christian home. It is through the Cross that Jesus heals our fallen and wounded human race.

It is through the Cross that every family finds hope.

Every Rosary begins and ends with the Cross of Jesus.

Hail the Cross our only hope.